English is Harder to Read than Other Languages 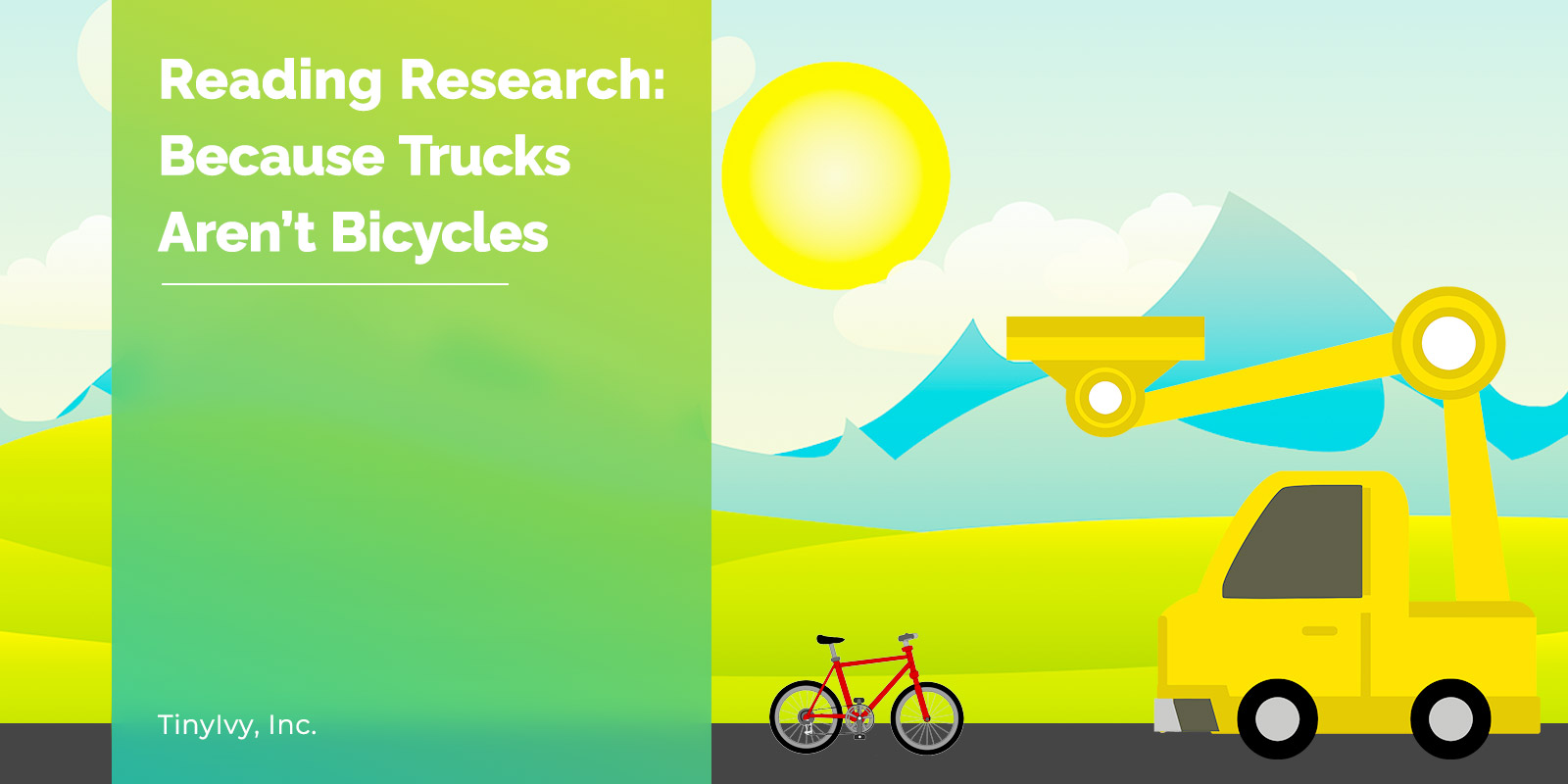 Research Breakdown! Let's take a look at Galletly & Knights fantastic paper and learn how trucks are not bicycles, apples are not oranges, and that not all languages are the same either. This is the first Research Breakdown, taking the the science of reading and make it more accessible to everyone.

This article is a summary and simplification of Orthographic Complexity as an Important Variable in Reading Research by Susan Galletly and Bruce Knight.

Reading Accuracy is a Precursor to Reading Fluency

In order to read, and understand what we read, we need to take the cryptic marks made on paper and recognize them as the spoken words we use every day. Reading accuracy is the ability to do exactly that, for any given word we come across. Without an ability to read words accurately, higher level skills such as meaning making and critical analysis of a text are hobbled.

For English readers, a certain level of reading accuracy needs to be achieved by around third grade or it becomes a huge roadblock to progress, both in school and life. And so, in many ways, reading accuracy is a gateway skill. Which makes sense: if you can't read words accurately, how can you hope to read texts fluently?

English is Harder to Read than Other Languages

Language researchers have taken a deep look at all the various languages across the world and found helpful ways to determine the relative complexity of reading a given language. The most important dimension (when it comes to learning to read) is not word length or number of syllables, it's something much more basic.

Do the words we write clearly map back to the sounds we speak? If they do, as in Spanish or Italian, we say the language is "transparent." If not, then a language is considered "opaque." Where does English fall on this scale? Off the charts.

Transparent languages have less than 50 letters and letter combinations to produce their sounds, English has 219 for the consonants and another 342 for the vowels.

Letters in transparent languages typically make one sound, and that sound is typically made only by that one letter. In English, most sounds can be made by multiple different letters (or their combinations) and most letters can make multiple sounds.

Why English is So Confusing for Beginning Readers

Still, the above may seem a bit abstract. So let's get specific here and talk about all the ways in which the English language is incredibly confusing for beginning readers:

To sum it up, English is considered to be the most complex written language of any with an alphabet. It is so complex, that when these researchers look at language complexity, they remove English because it is off the charts confusing. If you include English in the graph, every other language looks basically the same. It's really, really hard to learn to read.

[English] is not a result of the careful application of this and other principles but a pastiche of different tendencies at different time periods, with chaos a constant companion.

How English Stacks Up Against Other Languages

So, English is really confusing. Not just as an anecdote, but in the view of language scientists across the world. English complexity means that early readers can't trust what they see to make the sound they expect. This means, quite simply, that it is harder to learn. There is just more a child needs to understand and more they need to keep in their little, growing brains to read effectively.

And it's hard. In First Grade, an English student has a typical reading accuracy of only 34%. Compare this to, say, well, just about any other language with an alphabet. 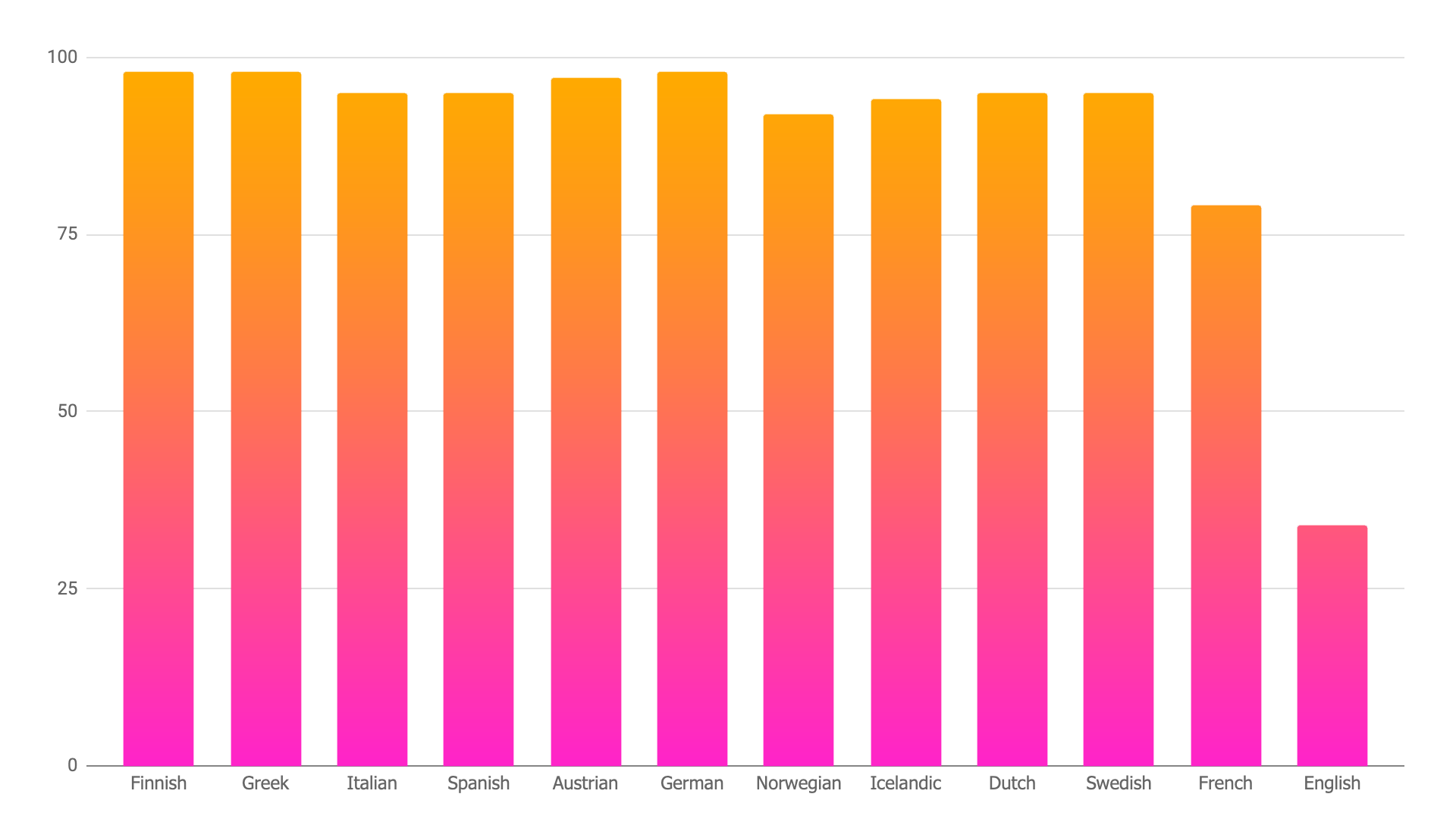 The science clearly demonstrates that the difference in the table above is not related to age or socio-economic factors, it is a simple function of the complexity of the language.

What's the Impact of a Difficult, "Opaque", Complex Language?

English being an opaque language makes a huge difference in the learning process. Let's compare it with transparent languages:

Additionally, the impact of this complexity falls heaviest to the lowest performing students. The following graph shows the gap between reading skills in a transparent language, Welsh, compared to English: 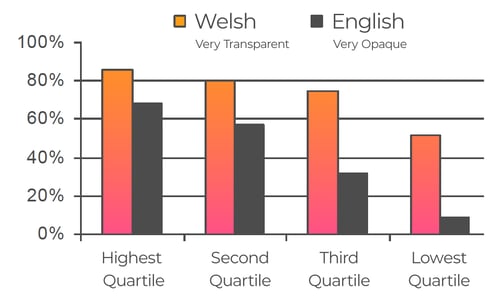 These serious challenges in the language itself then cascade into a whole host of additional problems faced by educators when dealing with a complex language.

In contrast, teaching a transparent language allows for:

We hope you enjoyed this tear down of the work of Galletly and Knight. We covered about a third of this fantastic paper. If these topics interest you, definitely check out the original work here.

Hopefully the main point comes across loud and clear: English is extremely difficult to master because of the way we write it. Most languages can be learned in a tiny fraction of the time it takes to learn English.

We think there might be a better way to go about solving our literacy crisis: go after the root cause and fix the language itself. It's a big idea, rooted on the shoulders of the research that came before us.

We'll be back soon with another Research Breakdown! Until then, ciao!

Tags: The Science of Reading