How Kids Learn To Read In Other Languages 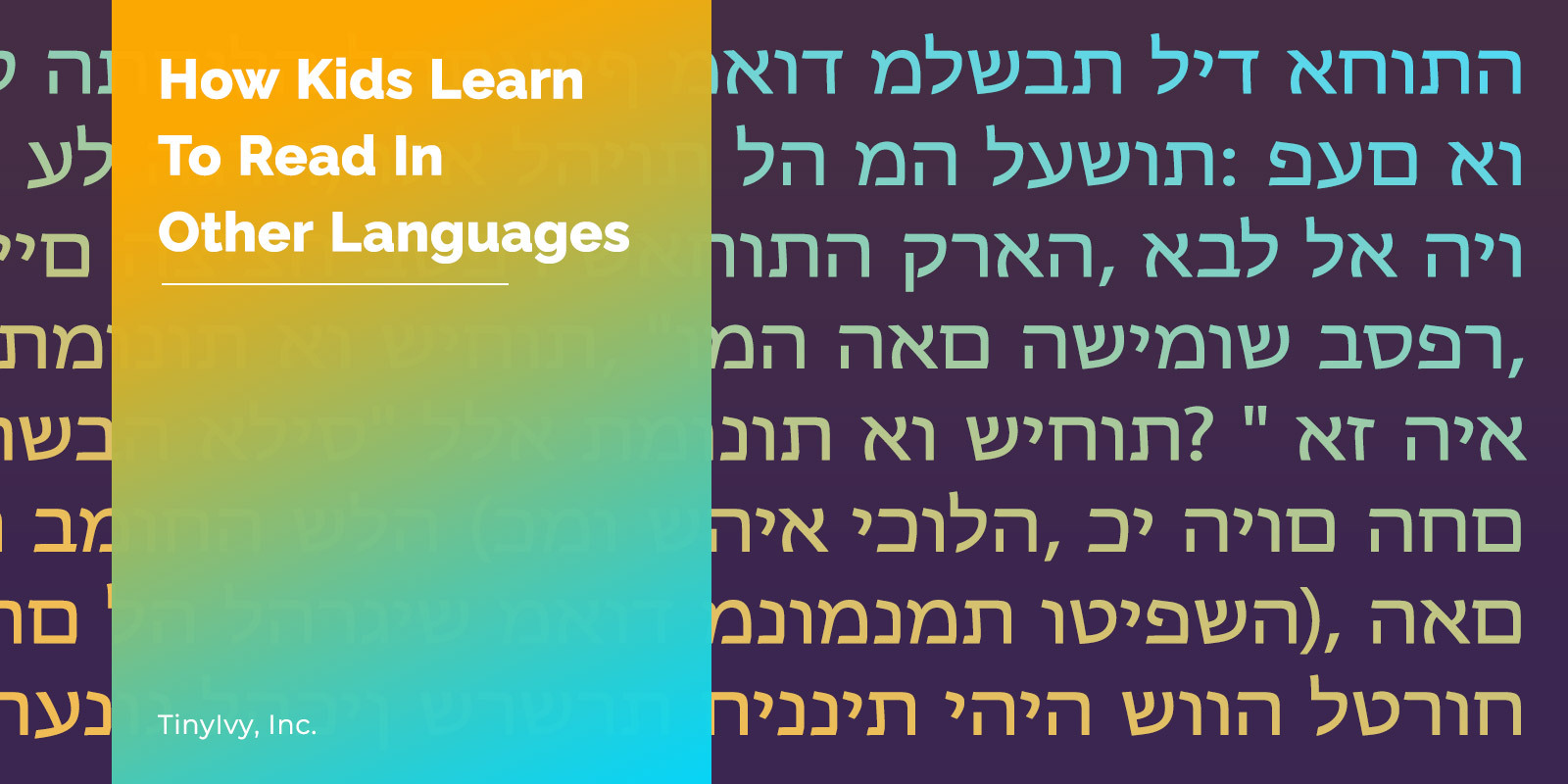 English is unique not only in its complexity, but also in the lack of a commonly adopted system to make it easier to learn.

But that is not the norm in many other languages.

Learning To Read In Other Languages

For example, every single student of Chinese and Japanese learns a phonetic alphabet in the first grade. It takes only a few weeks to learn, and the system is the foundation for teaching literacy in those countries.

Each one of these students learns to read by sounding out these symbols. No complex phonics rules and virtually no exceptions. Kids simply teach themselves the words they need to know to read. As they develop fluency, the “aids” are removed, and children become sight readers naturally.

Some languages have additional levels of complexity over others.

In the traditional form, the Hebrew alphabet consists mainly of consonants. This means that vowels are usually left for the reader to infer. As a result, the written language doesn’t include enough information for a child to start reading without error.

In order for kids to learn to read Hebrew, indications are added to the letters, aiding the student to learn which vowels are used in a given word.

The black portion of the characters above is what an adult would read or write. The red and green marks are added when reading is taught to children.

Once the child becomes familiar with the language, the additional marks are no longer necessary, and they can read using the standard form.

Despite English having letters that indicate vowels, it's actually harder for a reader to infer which sound should be pronounced.

Take a group of kids who speak English as their primary language and teach them to read in Hebrew while on first grade.

By the end of first grade, they will read better in Hebrew than in their native English 4 years later. In other words, their 1st grade Hebrew reading accuracy will surpass their 5th grade English reading accuracy!

The most convincing evidence that sociocultural differences are not responsible for the poor English outcomes comes from within subject bilingual comparisons.

On the Anglocentricities of Current Reading Research and Practice

English is so difficult to learn that only half of kids in the US will become proficient readers. The reason why English is so hard to learn has to do with the fact that its spelling is complex and irregular.

In complex languages, it's common practice to use some kind of aid during the learning phase.

As kids make progress and learn to read the language, the aids are removed, and they can read as usual.

And yet, despite the effectiveness of these methods, nothing like it is used to teach kids to read in English. We think we can do better.

So we invented TIPS™ for English.

The conclusion from recent research is clear. Making the written language easier to pronounce makes all the difference.

Just like in Hebrew, we add TIPS to the written language, making the implicit explicit. As a result, kids are able to correctly decode each word and get the pronunciation right every single time.

With TIPS™, kids learn to read faster and with more joy. Give it a try!