How English Spelling Slows Down Progress in Early  Literacy

More than half of kids in the US will never achieve grade level proficiency in reading. That's more than 10 million kids!

In the past ten years, there has been new research that might explain why all these kids won't learn to read.

The root cause is the English language itself. But we can do something about it.

More than half of the kids in the country can't read proficiently and one in four can barely read at all, as of the most recent Reading Report Card by the National Assessment of Educational Progress.

For the last ten years, there has been virtually no progress and in the last two years, things got worse: 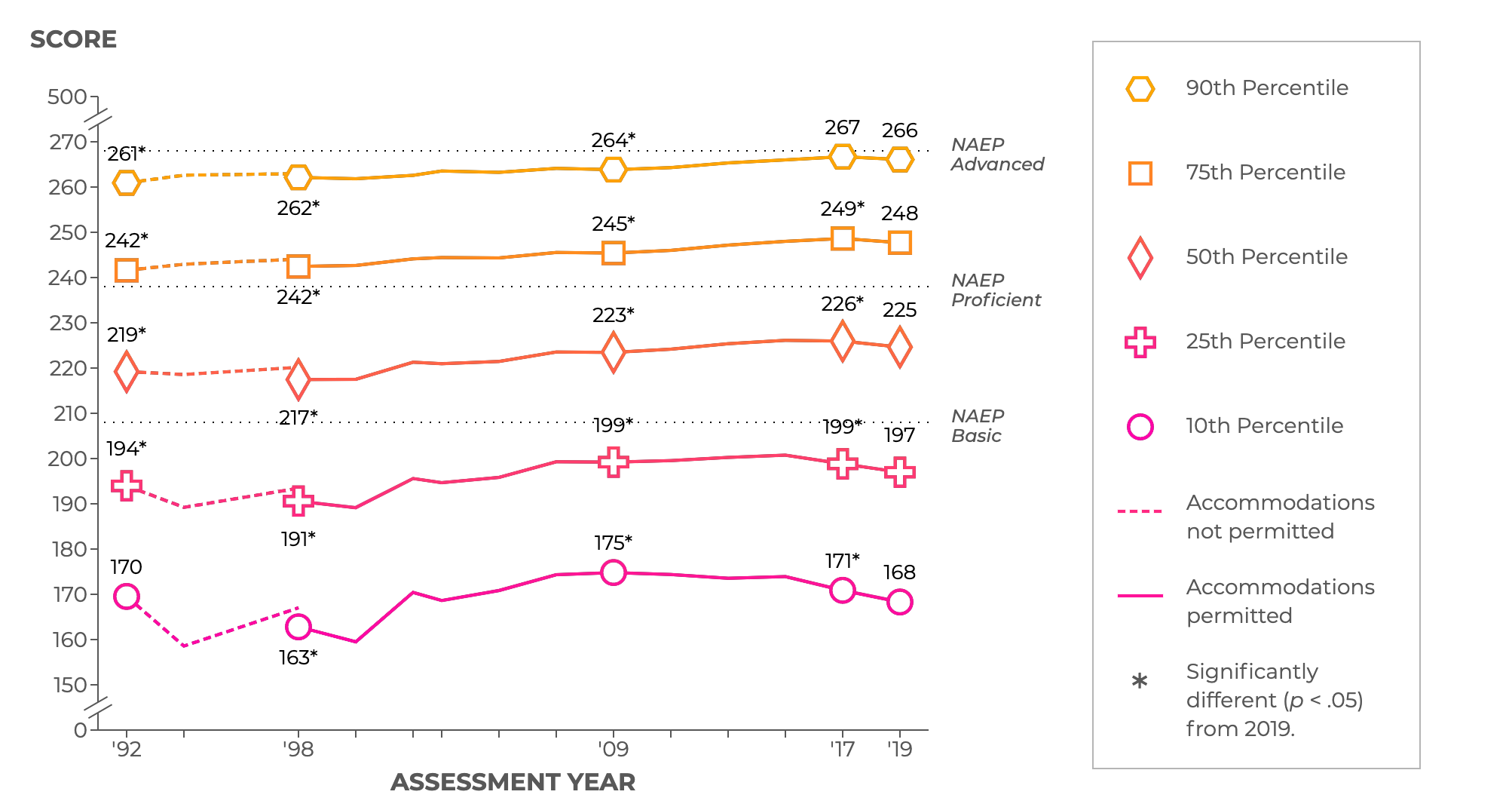 Looking at this data, it's clear that our current toolkit is not up for the task. This view is reinforced by recent research, which reviewed over 60 different interventions tried in schools across the country, and found no statistically significant impact of these efforts on literacy scores.

The consequences of low literacy are severe: it's a sentence for a lifetime of lower income, slower progress, and uphill battles.

So what's the answer? Why exactly do so few kids learn to read? To answer that question, we need to look abroad and consider our situation in a world context.

When our kids can't read, parents blame themselves. But they shouldn't. The true problem is our language - it's English itself. And that's not an opinion, it's science.

Over the past fifteen years, a growing body of research has begun to look at all languages, seeking to understand how kids develop reading skills. The conclusion? English is significantly more difficult to learn to read than other languages.

English Compared to Other Languages

For most European languages, kids read with 90-98% accuracy in one year (Seymour, Erksine, Aro, 2003). That means that the average kid in Spain can read and understand nine out of every ten words.

The quick brown fox jumped over the ???? dog

A Spanish child can read and understand this text. They can even infer new words from the context of the ones they already understand, teaching themselves to read the rest.

But in English, that can't happen, because kids with a similar amount of training can only read with 34% accuracy. This is how that phrase would read to a English student:

Self-Learning is Harder in English

New studies suggest that as high as 98% comprehension is needed in English to fully understand a phrase, and be able to infer the rest from context.

This is the story for a lot of kids that fall behind in school. They don't achieve sufficient mastery as to develop their ability through practice, and make forward progress on their own.

It's like they never learn to stand up on a surfboard, but they are brought to the coast each year with bigger and bigger waves, expecting them to improve and ride the wave. Learning doesn't work that way.

English Does Not Have a Transparent Orthography

Just like Spanish, Italian is "transparent", meaning what you see is what you say. Every letter is pronounced one way. If you know the letter, you know the sound.

In Italian, a word has syllables, syllables have letters, and letters make sounds. The letter "a" can only make the "a" sound.

On the other end of the spectrum is English, where an A, an O, or an E can make 6-10 different sounds each. It's complicated.

Let's look at a phonics breakdown made by Goswami and take a look at the word "girl" in English and Italian:

Italian also has fewer spelling rules: 97% less than English. Most kids become rapid efficient decoders of Italian in a few months of study.

Decoding is different in English. To read "girl", you need to know that "irl" sounds like earl, which is the same sound as in world or furl. The language is full of exceptions, which makes it extremely difficult to infer how to pronounce words.

We Can Make English Easier

How can we overcome the complexity in the language? We can make the language "transparent" to new readers by adding TIPS to the English language.

When using TIPS™ every word becomes regular, just like in Spanish and Italian. As a result, the intricacies of English spelling and pronunciation are gone, making it easier to read and solving most of the challenges that are holding kids back.

If you are a parent, we encourage you to try our new game powered with TIPS, or learn more about the system.

If you are a teacher, we'd like to invite you to participate in our research study.