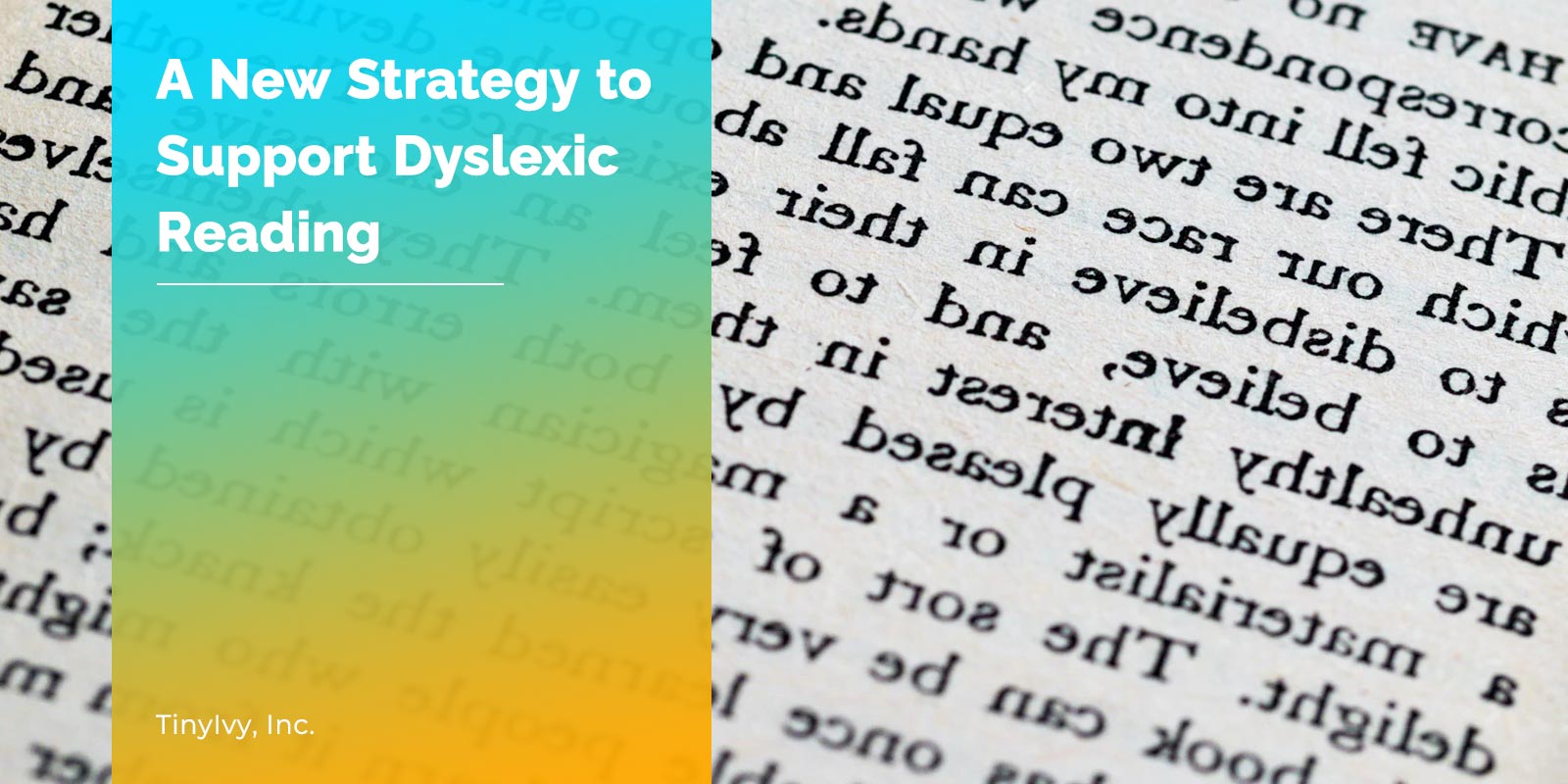 When a child has dyslexia, reading is painful. Slow. Halting.

It's a biological problem, rooted deeply in how the brain works to process what we see into what we say. It is also common.

Dyslexics are the largest single group of students in special education, by some estimates up to 17% of students. And sadly, for 70% of students, you don't outgrow it, despite all the interventions we try. Dyslexia, for most, is a lifelong, chronic disability.

We believe that TIPS™ offers a glimmer of hope for dyslexics in America, because our method fundamentally addresses the challenges of English spelling. As you will see below, it is this spelling complexity (and not the underlying disability) which causes dyslexia to be so debilitating to so many of our kids.

A Better Understanding of Dyslexia

So what is dyslexia exactly? While many people think of confusing individual letters or being unable to read more generally, the specific problem and definition has been refined by current research. This is critical.

The term dyslexia means many things to many people. It is used by some as an excuse to explain perceived failure and by others as a characteristic to support superiority. A meaningful definition allows those who are interested in understanding each other to efficiently and effectively communicate.

Emerson Dickman, past president of the International Dyslexia Association

Do We Need a New Definition of Dyslexia

The technical definition is quite complex, but in short, dyslexia is a "neurobiological disorder" which makes it "difficult to read". The wiring in the brain is not connected as well as it could be and this results in varying degrees of lower accuracy, less fluency, poor spelling, and poor decoding ability.

These difficulties are generally categorized into two distinct types of challenges, phonological and surface dyslexia.

What is Phonological Dyslexia?

This type of dyslexia describes the challenges of decoding words in English. It's the difficulty in taking the letters and matching them to the correct sounds, as they are used in this particular word.

What is Surface Dyslexia?

This is the difficulty students have recognizing common words. This is particularly pronounced for words where the spelling does not match the pronunciation. These words make up the bulk of English writing.

Based on TinyIvy's algorithm, 97% of words require some form of exception to the basic letter pronunciation rules to be decoded effectively.

The results of dyslexia, in either form, is a poor ability to read and comprehend text. What begins as the inability to decode a single word naturally leads to poor reading comprehension, since any given words is read either more slowly, with less accuracy, or both.

Recently, as our understanding of dyslexia becomes more clear, we have come to learn that there are two fundamental deficits that are at the core of these definitions.

The challenges of dyslexia are not due to the way we teach our children, they are physical, biological problems of the brain. This was proven in research by Elizabeth Norton of Northwestern University.

The Impact of Dyslexia is Worse in English

Yet for all of this research, one fundamental aspect of dyslexia has only recently come to light: Given the same biological disability in reading, children reading in English have significantly worse performance than those reading in easier languages.

When looking at other languages beyond English, it turns out that the root cause of much of dyslexia is actually English itself, due to the complexity of the way we write the words we say.

It also highlights the impact that the complexity of orthography can have on reading proficiency of dyslexics and therefore on the severity of the disease and the ease of diagnosis.

In other words, English's poor spelling, where letters and sounds rarely line up, make the consequences of dyslexia so severe that children with this biological problem can't make progress.

Dyslexia in Italy, with an Easier Alphabet

Yet in Italy, that's not the case. Italian is a far simpler language to learn to read then English. It has clear rules of spelling and simple letter correspondence.

As a direct result, even when children have the same exact brain patterns that indicate dyslexia, only half as many are diagnosable based on their performance. Reading in Italian is so easy, that dyslexia's burden is significantly offset.

We conclude that there is a universal neurocognitive basis for dyslexia and that differences in reading performance among dyslexics of different countries are due to different orthographies.

Why is this relevant? We believe the TIPS™ system represents a new hope for the dyslexic students of English; the system effectively converts the complexity of English spelling into a regular process, with clear rules and correspondences.

TIPS™ acts as a bridge, allowing every single word to be decoded until each word as a whole is committed to memory and can be read on sight.

An Unproven Hope. But a Real Hope.

The TIPS™ system is a potential new solution. We don't claim it's the cure. But we are in the process of studying its effectiveness in overcoming learning disabilities.

As a parent with a dyslexic child, you know just how hard it is for them and for you.

While we work to study our solution and publish the results, we would like to invite you to try using TIPS™ with your child. We really believe it will work.

Topic: how to teach your child to read